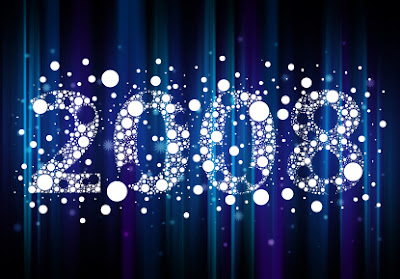 I've never felt as hungry to attack a new year as I do right now. When the ball dropped and 2007 ended I had a holy moment (ironically, this was just after kissing Raelyn). In a quick moment a lot of things flashed through my mind, but it wasn't what happened in 2007 that flashed through my mind. It was what will happen in 2008. In 2008 we'll see the building of our team, our summer events and preview services, and our public launch in September. By this time next year, we'll be several months old as a church and right in the thick of it!

We have definitely turned a corner. There is a holy excitement and feeling of anticipation amongst the team of people that are gathering to be a part of this new church. And I have to say that I am so proud of the team that God is building to launch this new church. It was amazing to sit at our last pre-launch gathering and hear the stories of how God has uniquely called them and led them to be a part of this. And I know each one of them is going to be significant part of it, and God is going to do amazing things through them.

In my previous post I asked you to pray... God is answering, God is on the move. I still shake my head in amazement when I think what 2008 will bring. We've been in a gathering season, a waiting period. Now, it's time to get busy. Jesus, may you dominate the landscape of Macomb Township in 2008!
Newer Post Older Post Home